The Art of Texting by Guest Author Andrea Downing 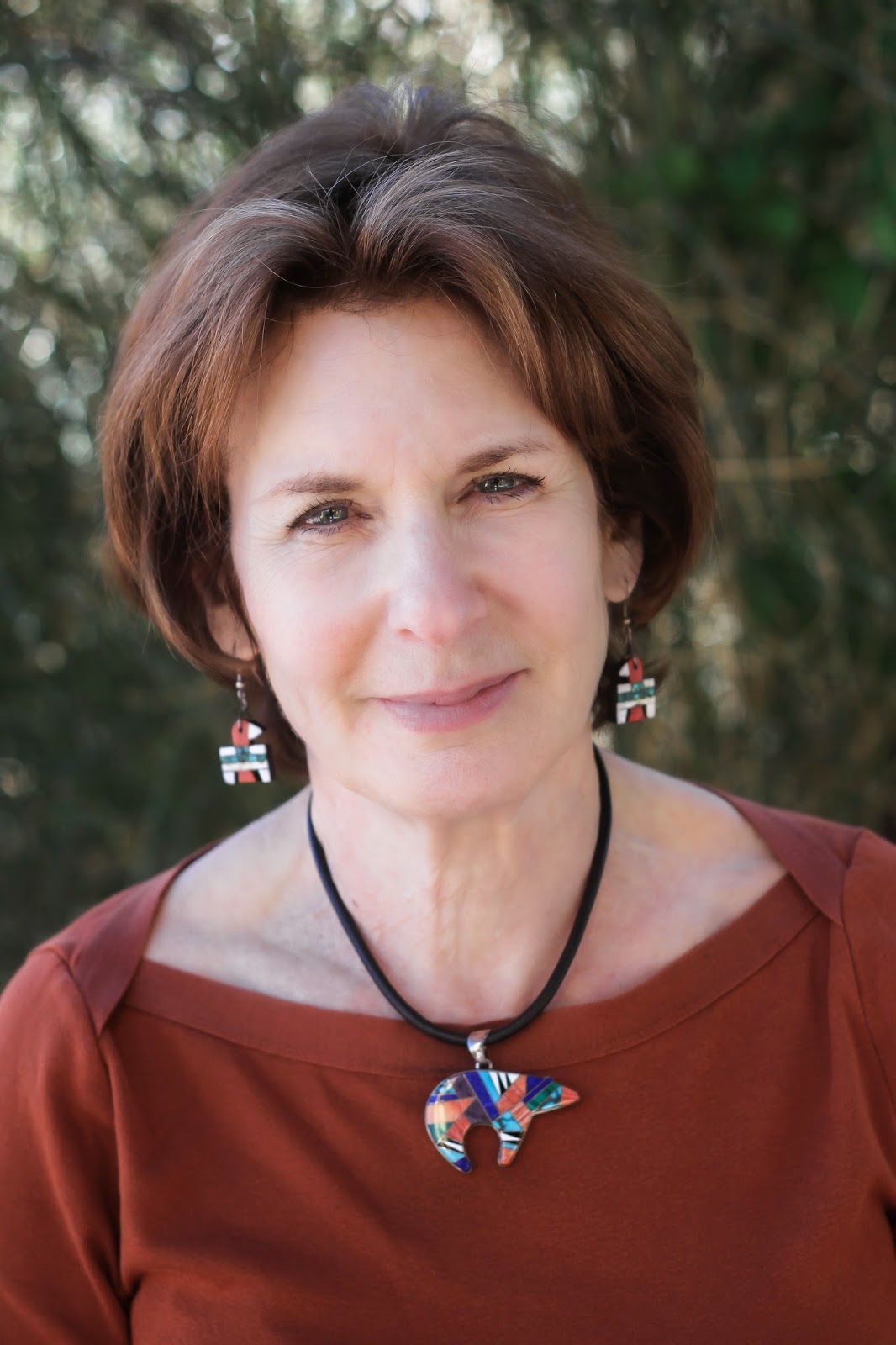 A few years ago, while I was still living in London, my daughter Cristal and I returned to New York to visit family.  While chatting with my nephew, Cristal started to text her New York friends.  ‘Why text?’ my nephew asked.  ‘Why not just phone them?’  Well, why indeed?  The art of texting hadn’t as yet crossed The Pond and the use of this new facility was still a mystery to most.
So why and when did texting become the norm?  When did we throw out the quick call, ‘what do you want for dinner tonight?’ and substitute it with, ‘Wat u want 4 din 2nite?’  How did texting worm its insidious way into our lives to the extent that this year’s most popular word wasn’t even a word but the ‘heart’ emoji?  Does this spell the end of the English language as we know it?
Texting offers us the swift contact, the quick question and the fast answer, the ability to know our loved-one is all right, and the non-interruptive check on our offspring…assuming he or she answers. It offers the ability to multi-task, to talk in person with someone while texting yet another person. It now also offers the ability to send a photo showing exactly what we mean—what we’ve been describing—or where we are, the dress we’re trying on with the question, ‘do I look good in this?’ or the secretive shot of another person with, ‘can you believe it???’  As someone who travels a great deal, it also offers free contact; WhatsApp lets me have conversations and keep in touch with my daughter who lives abroad now, or with friends here in the USA when I’m traveling.
And texting has developed its own language, its own shorthand.  Can you remember a time before TTYL, BTW, and LOL?  In some ways, it’s good:  language is not a dead medium but an expanding one, able to absorb new abbreviations as well as new words.  Think “selfie.”  But on the other hand, are we letting language die by letting shorthand take over?
And what about the social implications?  In an episode of ‘Sex and the City’ some years back, the character of Carrie Bradshaw received a text from her then-boyfriend breaking up with her.  A text?  To break up?  What is the social etiquette of this?  If we use texts as a common form of communication, can it be acceptable to use it to replace the little note that said ‘I’m sorry but I don’t feel we’re right for each other anymore.’  On the other hand, if we use a text to say “I <3 u” is that all right?  Is something lost or is it something nice to carry around with you and look at the rest of the day?   In my new book, Dances of the Heart, one of my two heroes (yes, it’s a four-hander) uses texts…ahhh, but I’m not going to tell you how.  You’ll have to read the book to find out.  But for now, what do you think about texting?  Has it ruined the English language?  Is it a useful tool?  Or a pain in the backside?  Do you like receiving texts?  Or are they an invasion into your life?  I’d like to know!  TTYL!!
Andrea

What a fun post! Now let's learn a little about Andrea and her new book, Dances of the Heart. 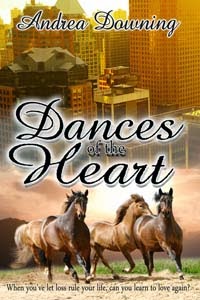 Blurb:  Successful, workaholic author Carrie Bennett lives through her writing, but can’t succeed at writing a man into her life. Furthermore, her equally successful but cynical daughter, Paige, proves inconsolable after the death of her fiancé.
Hard-drinking rancher Ray Ryder can find humor in just about anything—except the loss of his oldest son. His younger son, Jake, recently returned from Iraq, now keeps a secret that could shatter his deceased brother’s good name.
On one sultry night in Texas, relationships blossom when the four meet, starting a series of events that move from the dancehalls of Hill Country to the beach parties of East Hampton, and from the penthouses of New York to the backstreets of a Mexican border town. But the hurts of the past are hard to leave behind, especially when old adversaries threaten the fragile ties that bind family to family…and lover to lover.
Excerpt: Ray pointed to his pickup, smirking slightly with the knowledge of what her reaction would probably be.
“You must be joking.”
He could hardly hear the mumbled comment, but it was exactly what he’d been expecting.
She glowered, a brow definitively arched in query.  “What year is this thing?”
He attempted to wipe the amusement away from his face with a hand that rubbed his stubble in a satisfying scrape. “Sorry, I left the Cadillac at home this time.” A raised brow questioned if she took him seriously. “It’s an ’89, and still runs as smooth as the day I got it.”
“Which was, what? Last year?”
Ray shook his head and proceeded to the passenger door. “You have the key, sweetheart,” he said, patiently standing and waiting.
“Listen!” Carrie put her hands out as if to stop any further conversation. “First off, I am not your sweetheart. And second, if by any chance you think you just may have gotten lucky tonight--”
“Whoa, whoa now.” Ray was truly mystified at the turn events were taking. “Not that I wouldn’t be honored and damn well pleased, but I sure as heck wasn’t thinkin’ along those lines...and truth be told, you know, I’m hardly up to it.” He considered this for a second, a fog clearing for a moment’s view of the road. “And I don’t mean I need Viagra either.” He noted her staring at the key as if it might turn into something else. “No, it doesn’t open automatically,” he informed her at last.
She shoved the key into the handle and got the door open, climbed up into the cab and reached across to unlock the door for him. Her gaze ran over the dashboard, uncertainty scrunching her face like a bitter fruit.
Ray folded himself into the passenger seat and slouched back, tipping his hat over his eyes. “Just let me know when you give up. I’ll be right here, darl...” Yeah, better not. He could almost feel her indignation, listening as she squirmed around and adjusted the seat.
“It’ll be a cold day in hell, mister, before I give up!” The key turned and the truck sputtered to life, then died again.
“You ever drive manual before?” he mumbled from under his Stetson, and sensed Carrie eyeing him. “That’s what I thought,” he answered to her lack of response. “Put your foot on the clutch, move her into first, release the brake, and get goin’, slowly releasing the clutch.”
“Who the hell drives stick shift anymore?” she muttered as she followed his terse instructions. The truck lurched forward as she spun it off the grass toward the road.
“Right,” Ray directed, feeling suddenly nauseous with the pitch of the car. Bile rising, he opened the door and spat before yanking it shut again. “Can you get the damn thing into second? Foot on the clutch, move the shift and let’s go if we’re going.”
“Fine! You don’t have to yell at me.”
Ray sat up, shoved his hat back from his eyes and glared at her, reining in his frustration and anger. “I was not yelling at you, but you know dang well we’d be far safer with me drivin’. As it is, I’m gonna need a new transmission.”
The truck staggered again. “I know no such thing.” She bent forward to swipe at the windscreen to clear it. “We haven’t got seatbelts on,” she murmured.
“We’re not going fast enough to need them.”
Carrie ignored his last remark and appeared to concentrate on keeping the truck moving. It sputtered again, and Ray let out a sigh of resignation just as flashing blue lights appeared in the side mirror. She pulled over, and the motor unceremoniously died.
“Damn!” she cursed, reaching down for her bag at Ray’s feet. “Let me get my license.”

Bio: Andrea Downing likes to say that when she decided to do a Masters Degree, she made the mistake of turning left out of New York, where she was born, instead of right to the west, and ended up in the UK.   She eventually married there, raising a beautiful daughter and staying for longer than she cares to admit.  Teaching, editing a poetry magazine, writing travel articles, and a short stint in Nigeria filled those years until in 2008 she returned to NYC.  She now divides her time between the city and the shore, and often trades the canyons of New York for the wide open spaces of Wyoming.  Family vacations are often out west and, to date, she and her daughter have been to some 20 ranches throughout the west.  Loveland, her first book, was a finalist for Best American Historical at the 2013 RONE Awards.  Lawless Love, a short story, part of The Wild Rose Press ‘Lawmen and Outlaws’ series, was a finalist for Best Historical Novella at the RONE Awards and placed in the 2014 International Digital Awards Historical Short contest.   Dearest Darling, a novella, is part of The Wild Rose Press Love Letters series, and came out Oct. 8th, 2014, and Dances of the Heart, her first contemporary novel, comes out in February, 2015.

You can interact with Andrea on the web!